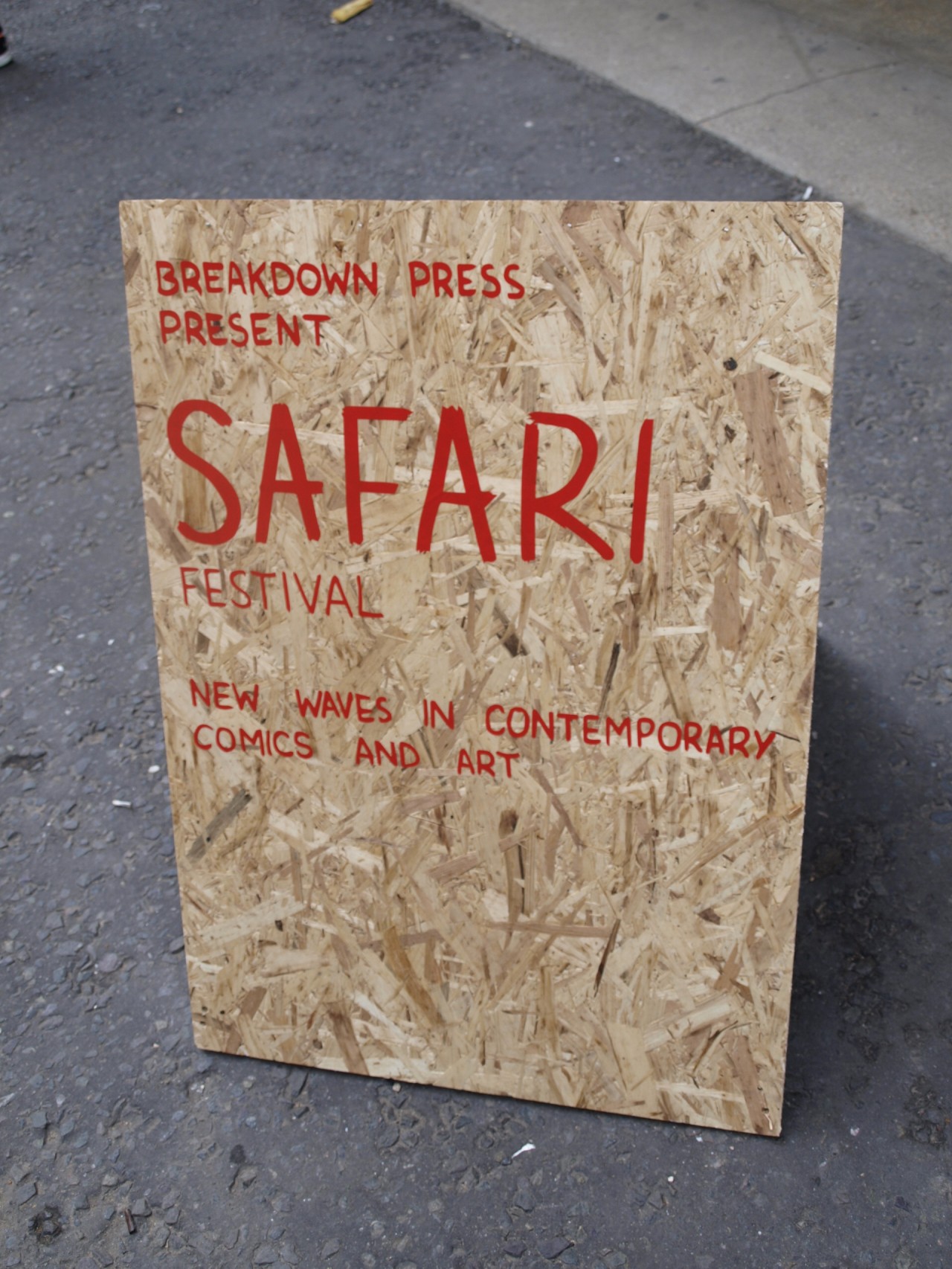 It’s pretty evident that a comics-reviewing blog is going to be wholly in favor of bringing comics to more audiences. But how should comic artists actually go about making that happen? Not everyone’s going to read a blog or  go to a convention or have a friendly staff member at their local comic book store to make recommendations.

For small press publisher Breakdown Press, the solution was to hold its own small festival in a warehouse with doors open to the public. The Safari Festival, billed as “New waves in contemporary comics and art”, featured about thirty artists – many of whom were illustrators in addition to comic artists – displaying their wares in the heart of Shoreditch.

Those familiar with London know that ‘Shoreditch’ is often used as a shorthand for ‘hipster’. It’s not true, of course – hipsters in London (of which I am not one) have surely moved on to other, cooler neighborhoods, as Shoreditch now has unaffordable condominiums and boutique hotels and nary a dodgy corner store or kebab shop in sight. But while hipsters may not live in Shoreditch, the neighborhood is undoubtedly a hub for young, artistic, and fashionable Londoners. 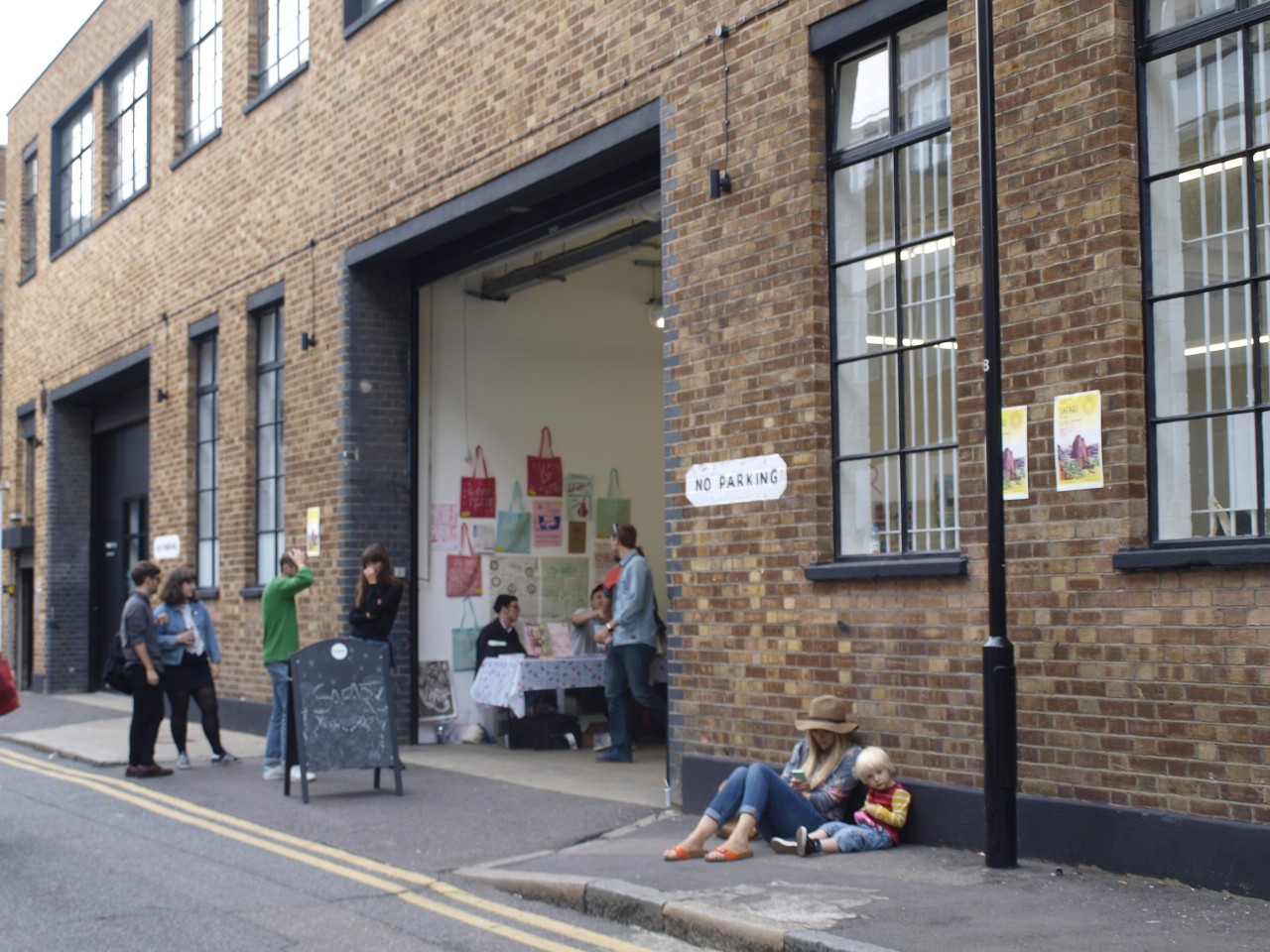 I say all this to put in context the fact that it was not surprising that the Safari festival had the following things: 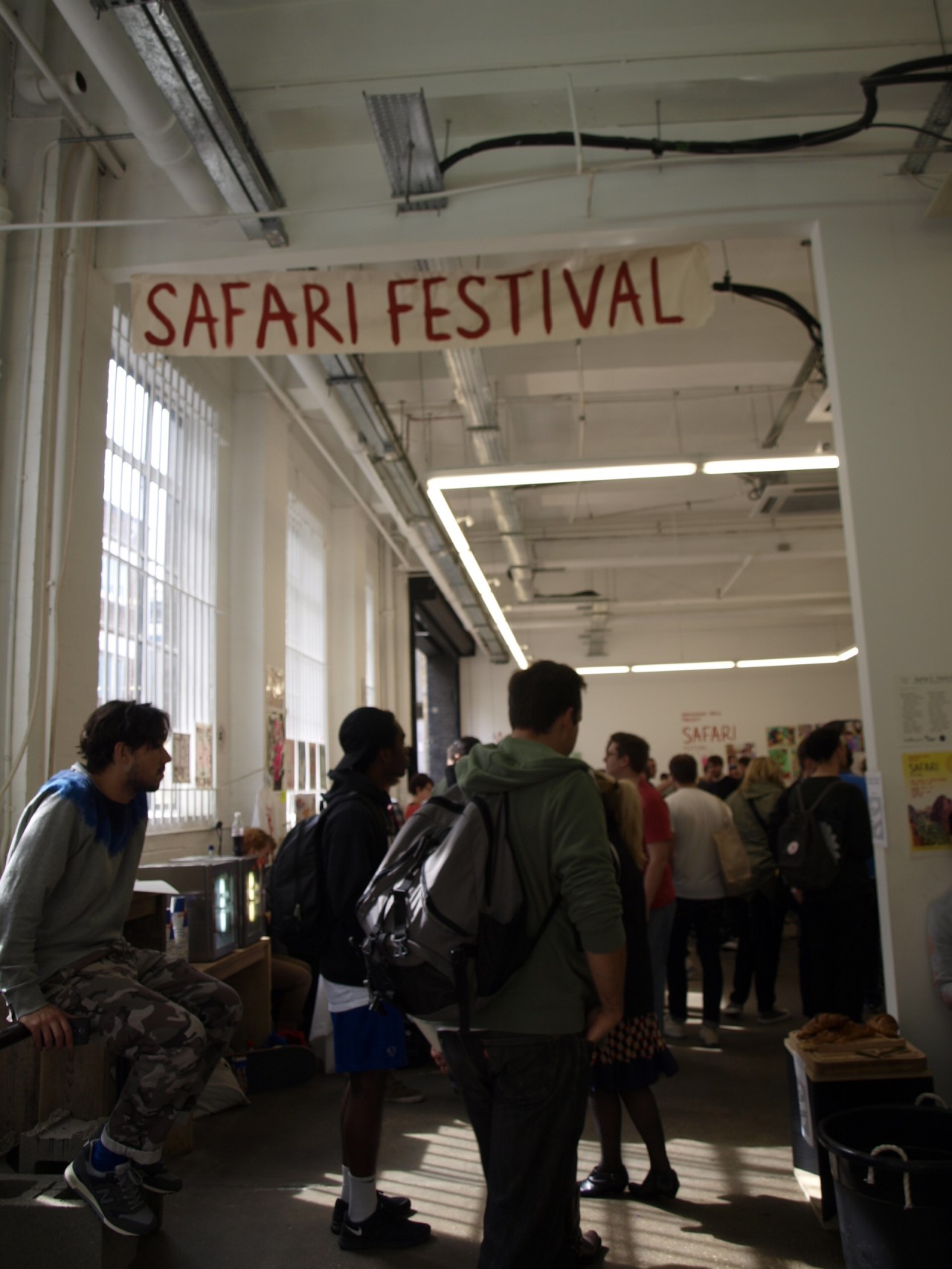 It was more like a party than a festival. But that didn’t mean that there was not a good spread of interesting comics, especially for such a small festival. I hope that Breakdown has the budget or the sponsorship to put it on again next year, because new outlets for comics are always welcome.

Here’s some of the artists that I managed to pick up at the show: 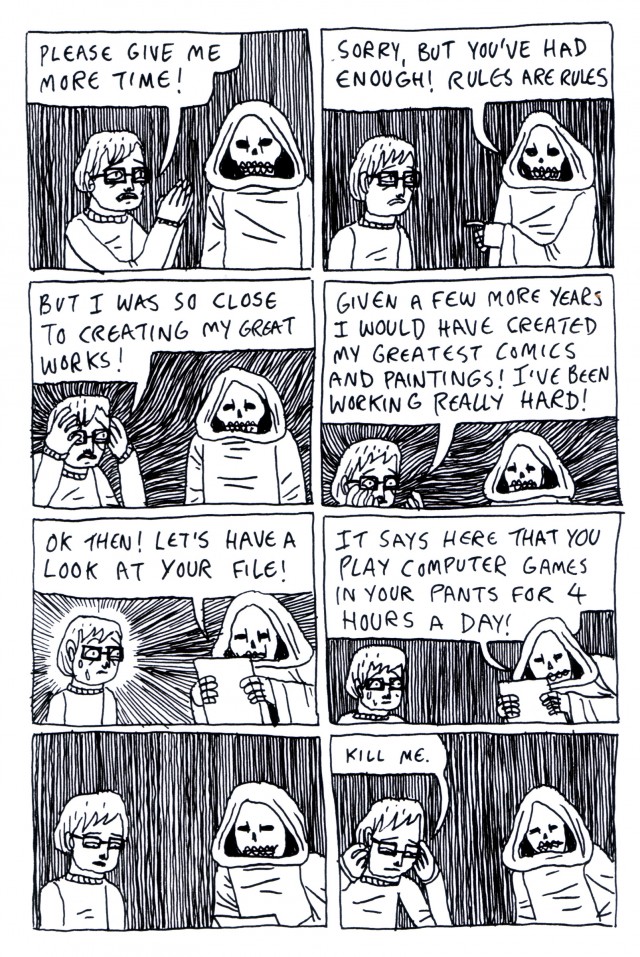 Jack Teagle – I bought the small press comic The day That Jack Left Earth, which is a delightful melange of self-loathing and poop jokes. It would have left me completely depressed if I hadn’t been laughing so hard, and I’ll be buying more of his comics available from Nobrow.

Brigid Deacon – Deacon showed up to Safari with Coma Deep, published in August by Eyeball Comix. The book is a series of vignettes with a dreamlike – potentially nightmarish – quality to them. Deacon’s artwork is reminiscent of Charles Burns’ Black Hole, but populated with DGAF rampaging ladies, including the character of Shebitch Stinkpants. The grotesque caricatures of slovenly ladies within present a visual counterpoint to the overly idealised presentation of the female form present in many mainstream comics – while the images are repellent, they are also strangely enticing. 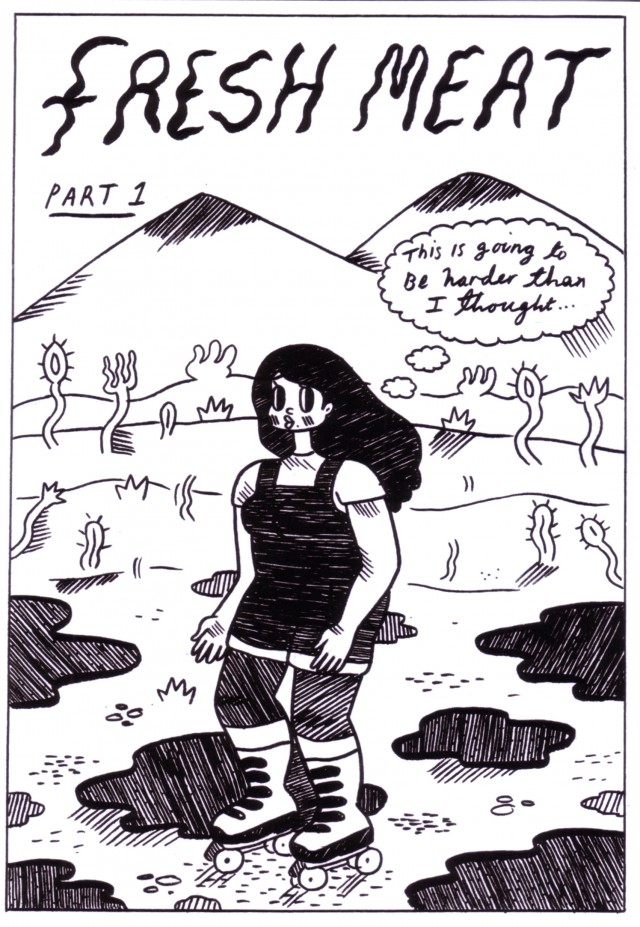 Donya Todd – I bought Donya Todd’s Skate Like A Girl #1, an autobio comic about joining a roller derby league. If rainbows and unicorns could draw, they’d make comics like Todd’s. Her upbeat zine about learning to how to roller skate and play roller derby is full of fizz, despite her many falls. I am looking forward to other comics in this series that will hopefully document her continued growth as a skater. 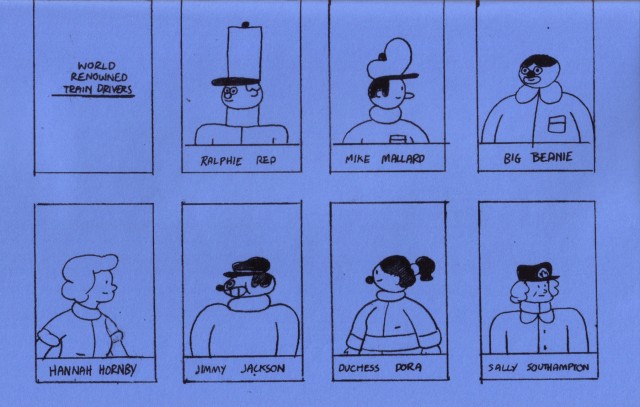 Edward Cheverton – Edward Cheverton’s tumblr page  features an anonymous comment that reads, “Your art looks like something a 5 year old would make and have his parents begrudgingly hang on the refrigerator.” While that was meant as a criticism, it does capture the childlike whimsy that is present in Cheverton’s book Trains. It’s a perfect small press starter comic for those just learning how to read. 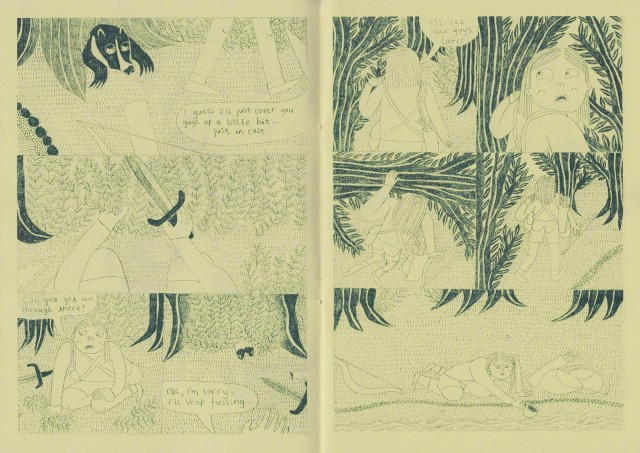 Esther McManus – McManus arrived at the show with her new series Huntress Thompson, a comic about a young woman who lives in the forest with her badger friend. McManus’s background as a printmaker is evident based on the various textures that are found in the book. However, the story ends just as it is getting going, leaving us on a cliffhanger until book two is produced. Also, the book looks better in person than it does below – using hunter green ink is a cool tie-in for a comic about a girl in the woods, but it doesn’t reproduce as nicely as it could. 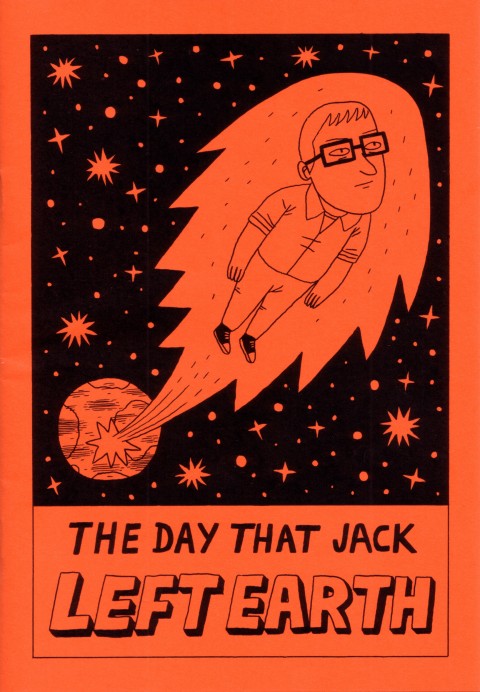 The Day That Jack Left Earth 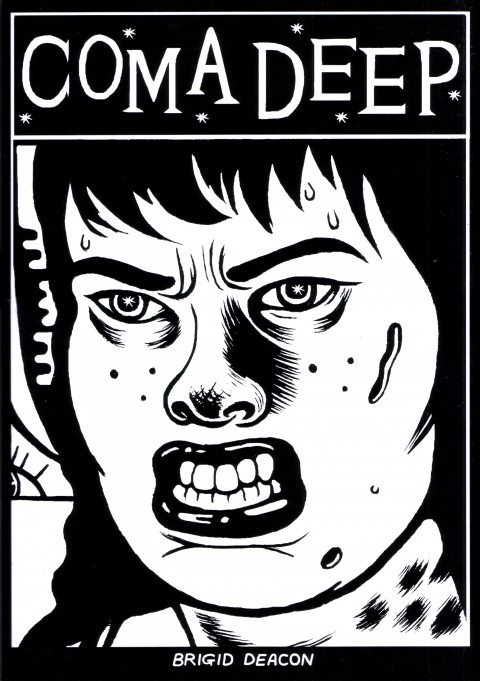 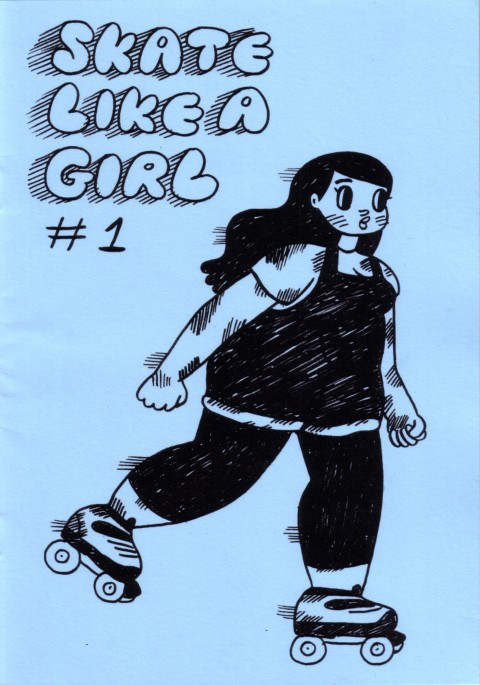 By Esther McManusminicomicself-published Read a preview... 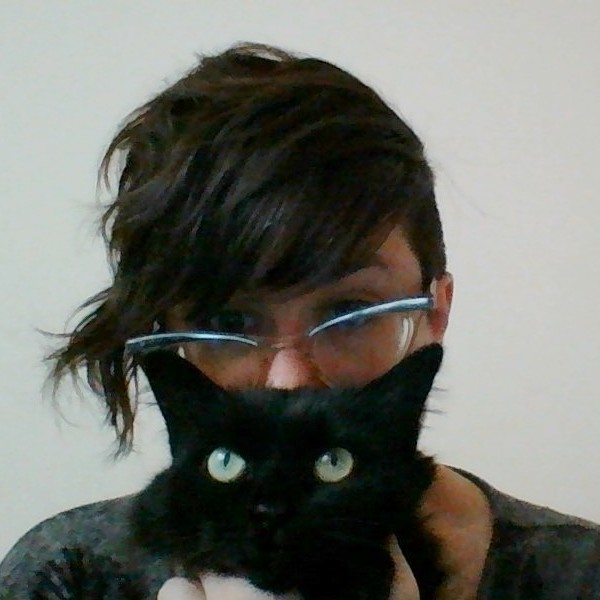 Ann lives in London in a house filled with comics and cats.