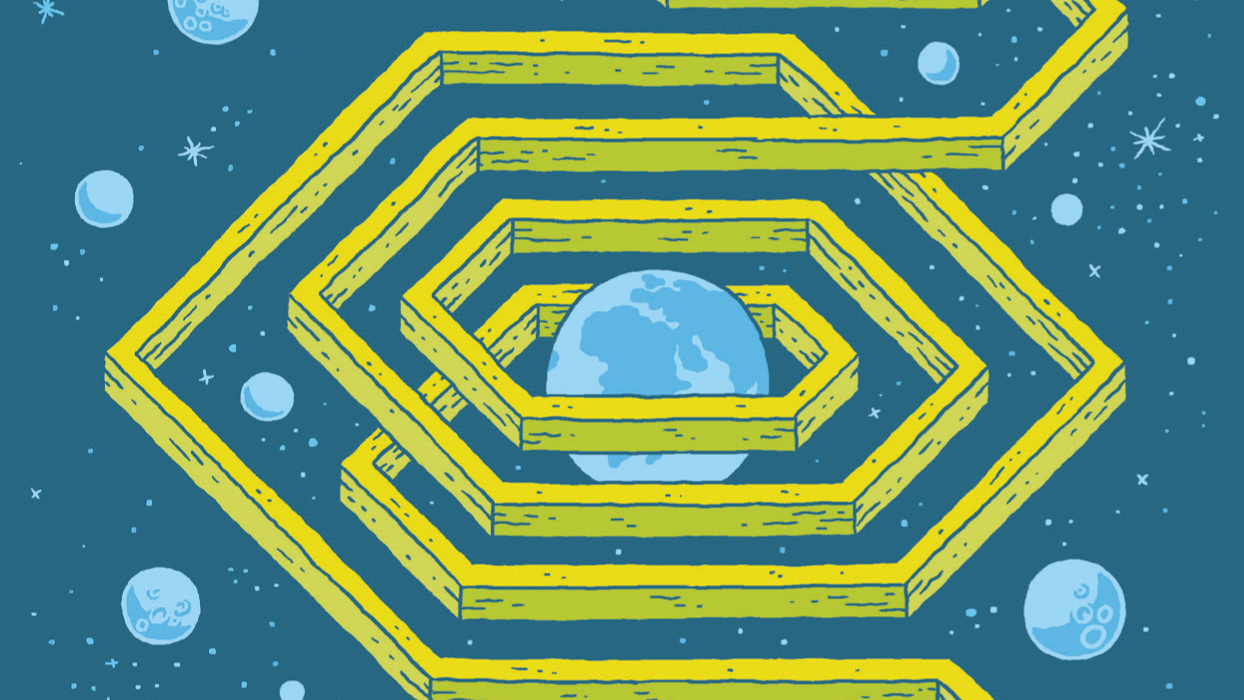 Kuš! (pronounced “koosh”), the Latvian comics collective launched in 2007, released this new quartet of minicomics late 2014. Each Kuš! mini is a 24-page stand-alone story culled from their growing roster of international artists. Many stories feature elements of fantasy, science fiction, or magical realism, but even the ones that don’t exhibit fanciful or otherworldly qualites. The artists featured by Kuš! tend to dwell in the conceptual rather than the actual, using the art of cartooning in unique and sometimes challenging ways. 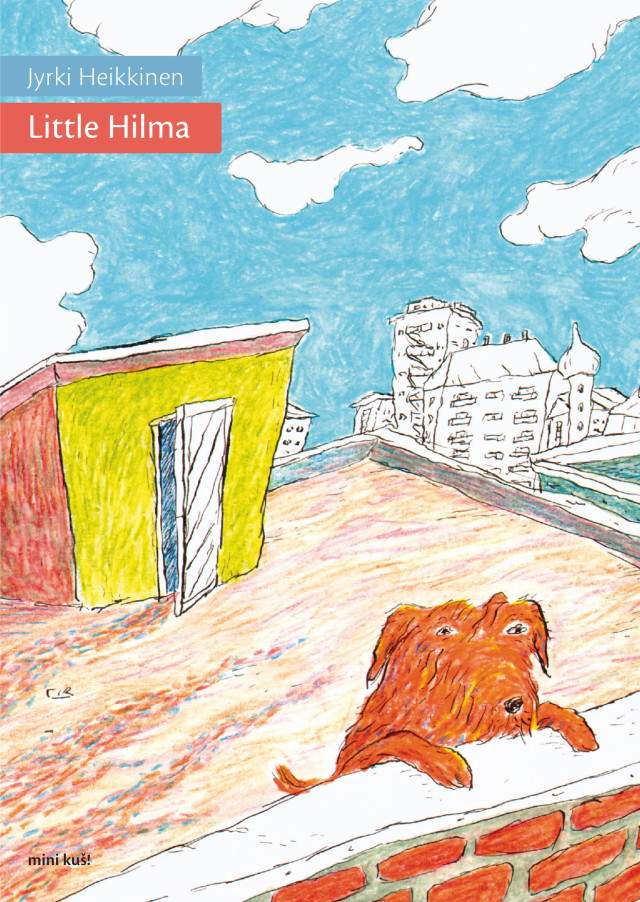 Finland’s Jyrki Heikkinen presents Little Hilma, a whimsical little slice of life inside a chaotic home, with a wacky father running around trying to balance his household duties—taking the garbage out, doing errands, and reading to his children—with personal pursuits; namely, trying on weird hats and orating (“Beware, thy world of illusions”). The rest of the cast includes a dog, a talking monkey, and Hilma, a talking duck, who is dropped onto the roof of the family’s apartment house by a small plane. This odd, sweetly Thurber-esque tale is at heart a study of ordered domesticity pit against creative abandon (guess which wins out). It is left to the reader to decide if the more bizarre elements of the story are real or simply the father’s flights of fancy.

Art historian Matthias Wivel has written about the vibrant innovation and experimentation of the contemporary Finnish comics scene, and Heikkinen’s efforts here match that estimation. His story structure and rhythms here put me somewhat in mind of the cozy weirdness of the work of Amanda Vähämäki, and his lovely, billowy drawings match perfectly his off-kilter but light-hearted tone.

Mathematical Solutions for a Global Crisis by Jesse Jacobs (#27)

Canadian Jesse Jacobs offers up this deadpan plan to “…combat overpopulation and environmental impact.” His modest proposal starts by having all new babies born half-sized, by dint of a “complicated algebraic formula” filtered into the global water supply. Thus, each subsequent generation is born smaller and smaller until ultimately, “…we shall live harmoniously among the microscopic organisms.” Jacobs is a wonderfully droll satirist; he fleshes out his treatise with his intricate, sci-fi-cum-biological drawings, making even his most ridiculous claims sound almost commonsensical (“Highly specialized troops will be instrumental in the coming campaign against invading insect colonies”). Mathematical Solutions, one of my favorite minis of 2014, fits perfectly into the distinctive, fabulist universe Jacobs constructs in his other comics, from graphic novels like Safari Honeymoon (reviewed here by Jason Viola) and By This Shall You Know Him to the minicomic Young Safari Guide. 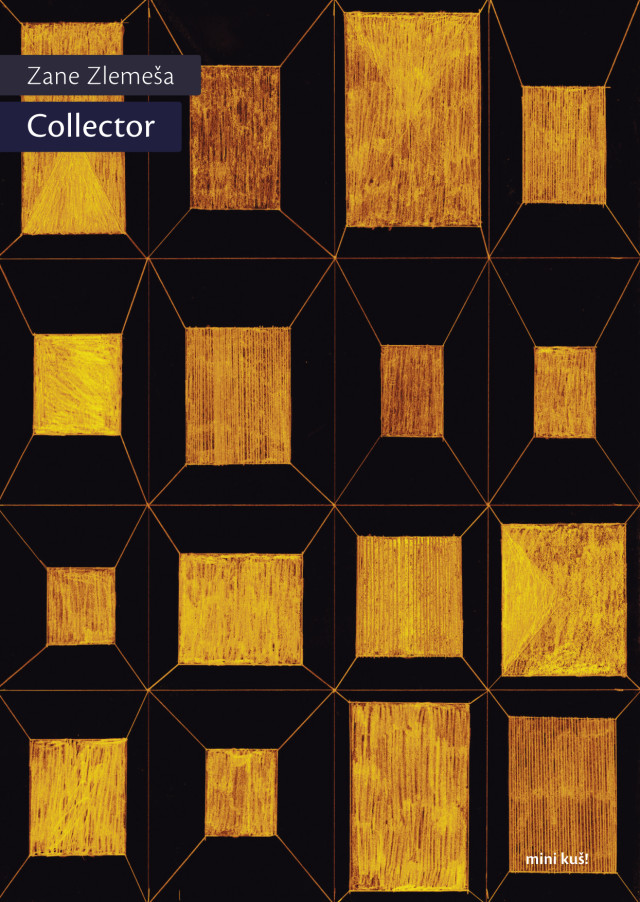 Collector is the most purely visual of these four minis. With minimal text, Latvian artist Zane Zlemeša has crafted an eerie little exploration into the art of photography, hung upon the slender storyline of a man having his picture taken for some sort of official documentation (perhaps a driver’s license or government ID). Zlemeša takes us through the entire process of posing and composing & snapping and developing, rendering the procedure alternately in hypnotic abstracts of patterned grids and geometric shapes, in amber Rorschachs, and in recognizably human (if ghostly) figures; in effect recreating the physical and chemical process of taking and developing pictures. Her moody, simple-yet-complex piece demands multiple re-reads (or maybe I should say “re-viewings”). 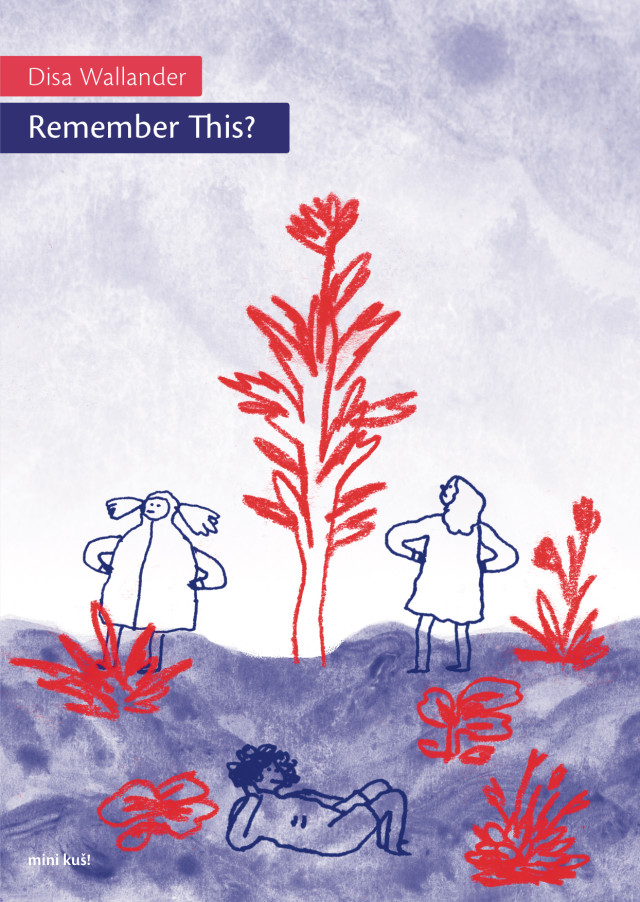 Remember This? By Disa Wallander (#29)

Sweden’s Disa Wallander, in Remember This? creates a funny, thoughtful back-and-forth between the weighty and the mundane. Each left-side page holds scribbly red drawings of plants alongside a little meditation on the fleeting quality of thought or memory and how these define our individual identities. On the right-side pages, little people rendered in simple purple-grey line drawings provide counterpoint to the statements, in offhand or oblivious fashion. My favorite pairing features this statement on the left side: “You are a collection of things. Your mind is a cellar of things lost and forgotten. Maybe some things got thrown away, you can’t remember. Sometimes things in the future enter the past. Sometimes they disappear.” On the right: a cartoony bird asks a man poring over a very long scroll of paper, “What’s that?” The man replies, “This is my to-do list,” while another figure reads items from that list, including “change everything” and “buy paper.” Wallander’s delightful and highly original series of comic conundrums reminds us that the ponderous and the quotidian are always at odds in our lives, and it is the latter—the trails of trivia, the lists of minutiae—that generally takes precedence.

In all, with their line of little comic books – a sort of ongoing anthology made up of separate, compact components, Kuš! has set new standards for the artistic range, experimentation, and production values in minicomics. Pulsing with energy, freshness, and ambition, they come highly recommended to anyone interested in comics art that pushes against and pushes past boundaries. 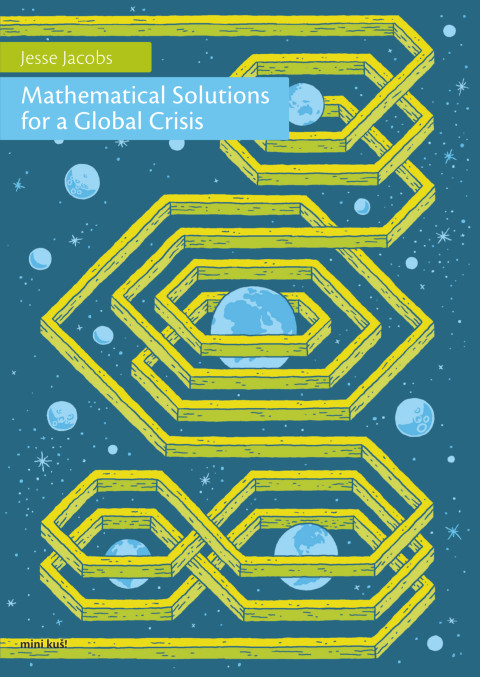 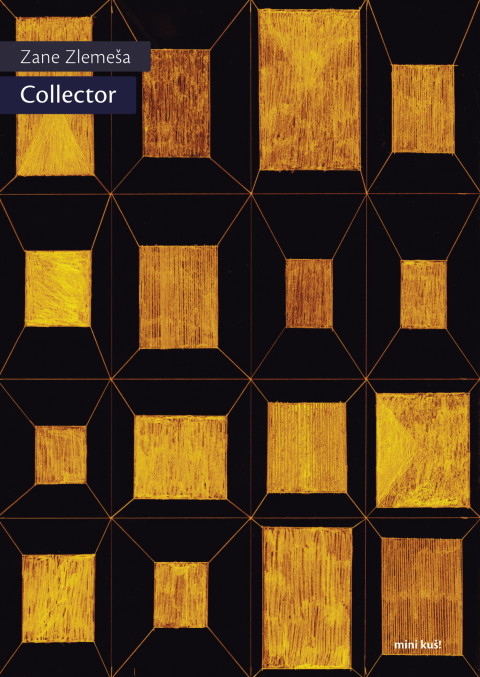 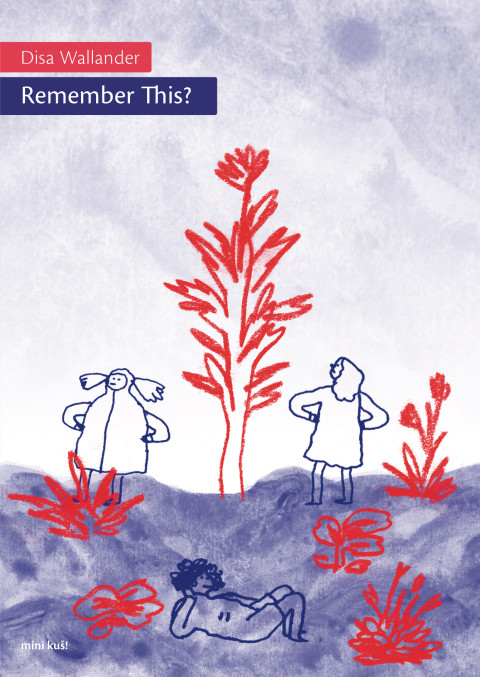 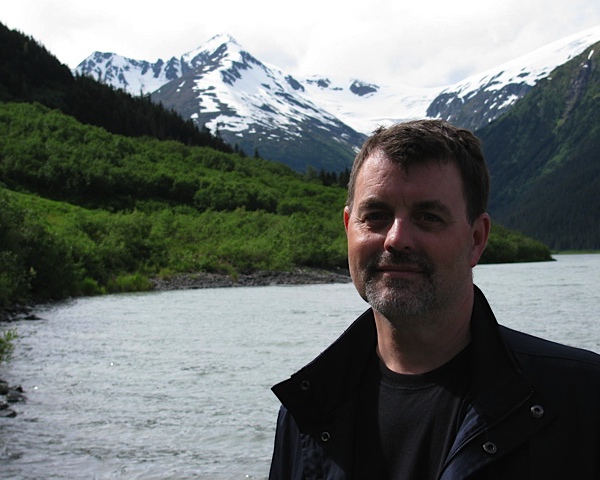 Rob Kirby is an Ignatz Award winning cartoonist who lives in Minneapolis. His writing about comics appears regularly in The Comics Journal, Panel Patter, and elsewhere, like here. He is a major dog person.

One Comment on “Flights of Fancy: New Minis from Kus!”