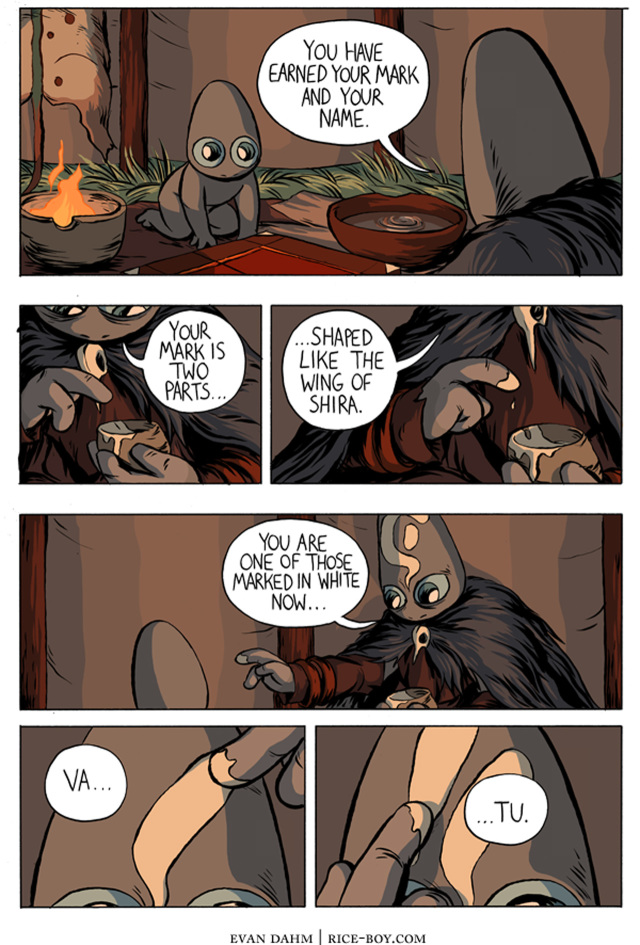 A small tribe in the open flatlands of a distant world lives a nomadic life, picking up camp and moving with the turning of the seasons.  It is within this tribe that a child is born, named Vattu. Like her tribe, her story is a nomadic one, as she travels between cultures in Evan Dahm’s winding and patient epic.

When we begin we know very little of the world into which Vattu is born, and details are slow to reveal themselves. Her tribe’s race is a simple one, living in rudimentary tents and utilizing basic wooden tools. They worship the river, which gives them life, and their position on the food chain is somewhere in the middle.

Vattu is born at a time of change: her tribe’s priestess notes that the herds their people hunt are thinning, that the sky is growing darker, and that their whole way of life may soon be coming to an end to welcome a new era. Within this tumult, Vattu seems to be a special child, one for whom a great deal of trouble is made–kidnappings, resentment, banishment–even before she is given a name. As she grows up, Vattu proves herself to be a skilled hunter–a task exclusively for men. She is also very opinionated and stubborn, which leads to a great deal of trouble for both her and those who earn her ire. 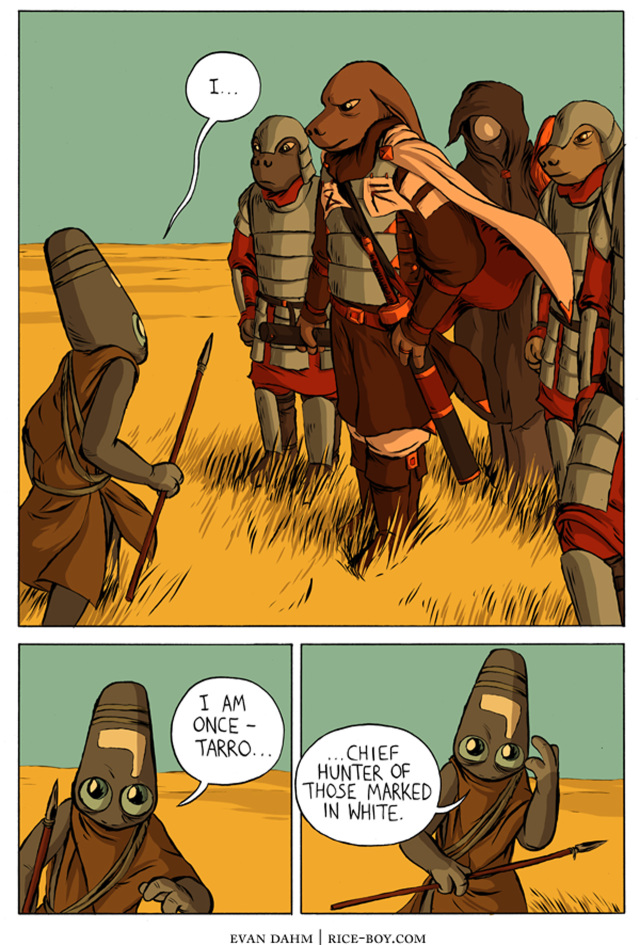 One day, Vattu’s tribe is visited by strangers; not another flat-land tribe, but rather representatives of the empire of Sahta, to which, they are informed, the tribe now belongs. Vattu’s tribe accepts this occupation, and some even see it as an opportunity to survive and perhaps grow as a people.

Until this moment–100 pages into the story–Dahm has focused heavily on the tiniest minutia of Vattu’s tribe, its structure, and its simple people. By the time the Sahtans are introduced, we have a significant grasp on the basics of their faith, their hierarchy, the animals they hunt, and those that hunt them.  We watch the seasons turn, and meet another tribe at one point.  Children are born, and elders die.

Dahm is so good at world-building that I became completely immersed in Vattu’s world, and could imagine reading about generation after generation of this tribe following the herds they hunt up and down the river.  It’s clear Dahm can imagine that as well. The construction of elaborate fictional places seems to be what most interests him, and like the Sahta empire he’s conceived, Dahm’s desire to expand his domain seems limitless.

Soon the Sahtans return to collect the emperor’s taxes. But of course, Vattu’s people first need the idea of taxes explained to them. Since they don’t farm or produce any materials, the tribe’s new priest offers the head-strong Vattu as the tribe’s tax. And so we enter a new world, around which other worlds orbit.

The empire of Sahta resembles a medieval  society. Their capital is a walled city, their soldiers use swords and wear armor and capes.  As we do with Vattu’s people, we slowly learn who the Sahtans are, their bureaucratic structure, the games they play, their organized religion, their currency, their recreational drugs, and on and on. The capital is also home to cultures its empire has displaced.

A mute warrior race known as the Grenth act as violent labor for the Sahtans. Their chieftain befriends Vattu and teaches her how to battle with a sword.  Within the city is a smaller walled-off enclave which is home to the only surviving Surin, a race of scientists who cultivate the essence of a blue flower they call “unweight,” which has a reverse gravity and is used as both a pigment and a recreational drug.  The Grish are a race of lizards who live in the canals of the city, and sell unweight on the black market.  And of course, there are more of Vattu’s race, mostly beggars and servants to the Sahtans, known to their masters as “Fluters” for the instrument they play.

In addition to our ever-developing knowledge of how things work within the cultures subject to the Sahta empire, we are introduced to more than a dozen prominent characters who each have their own histories and motivations (many of which are secret)! This may be the series’ one drawback: with so much information streaming from over 600 pages (and counting), the continuous introduction of characters and subplots can be overwhelming. The story is still ongoing (new pages are published three times a week online), and it’s not clear where any of its several plots are going. In a Tumblr post between books two and three, Dahm claimed the intertwining narratives will become even more complicated as the story continues.

Yet, while it sometimes can be difficult to follow the various strands, Dahm’s remarkably strong focus on detail and set-up inspires confidence that we’re in capable hands. Items seen on tables and off-hand remarks will often return as significant plot points and moments of character development.  Characters you meet momentarily become important actors hundreds of pages later. Conflicts are set up, and culminate either in a release or a build of tensions.

Vattu received the 2014 Ignatz Award for Outstanding Online Comic, beating out strong and popular competitors. The third of four books is currently being published online, and the first book is in print, which you can purchase either in soft or hard cover formats. If you are a fan of complex worlds and plots drawn in stunning color, Vattu is a rewarding read. 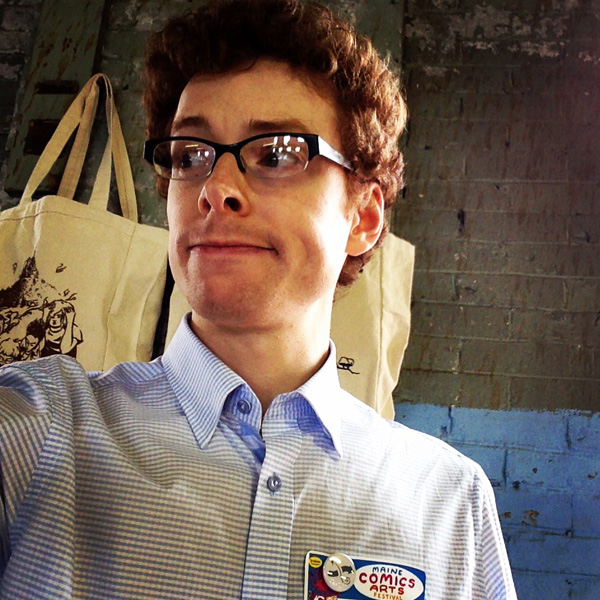